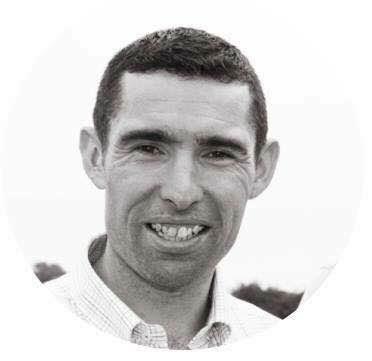 On Sunday, October 21st, 36 year old strength and conditioning coach, Trevor Cummins from Cobh will run in this year’s TCS Amsterdam Marathon in tribute to his father-in-law, Phil Collins, who passed away earlier this summer, aged just 52, after a two-year battle with lymphatic cancer. Trevor’s marathon challenge will see him raise funds for a cause close to his heart, the Mercy Hospital Foundation.

During his regular visits to Cork from his home town of London, Phil was, on occasion, provided with urgent care in The Mercy University Hospital. Trevor’s wife Victoria is Phil’s daughter and works within the Human Resources Department at the Hospital; and it is for these reasons that Trevor is now raising funds for the Mercy Cancer Appeal as he prepares for his third marathon.

Having started running earlier in the same year, Trevor’s first appearance over 26.2 miles resulted in a credible 3 hours and 7 minutes finish in the 2014 Dublin City Marathon. The following year Trevor selected the Dutch capital and its ultra-flat course to give himself every chance of breaking through the three hour mark; accomplishing the feat in a time of 2 hours and 57 minutes.

With Phil’s memory very much alive following his recent passing, returning to the marathon after a three year break will no doubt be an emotional day for Trevor, Victoria and all concerned.

Speaking ahead of his upcoming visit to The Netherlands , Trevor said “Our family will be forever grateful to The Mercy Hospital for the care provided to Phil during his illness, as well as the tremendous support offered by family and friends across Ireland and the United Kingdom during the last couple of years. I am honoured to be raising funds for such an important cause on behalf of Phil and his family.”

To support Trevor’s efforts, please follow @TrainWithTrevor across all social media platforms with all donations being gratefully received at www.idonate.ie/helptrevorruncanceroutoftown

For more information on the Mercy Cancer Appeal, visit www.mercyfundraising.ie