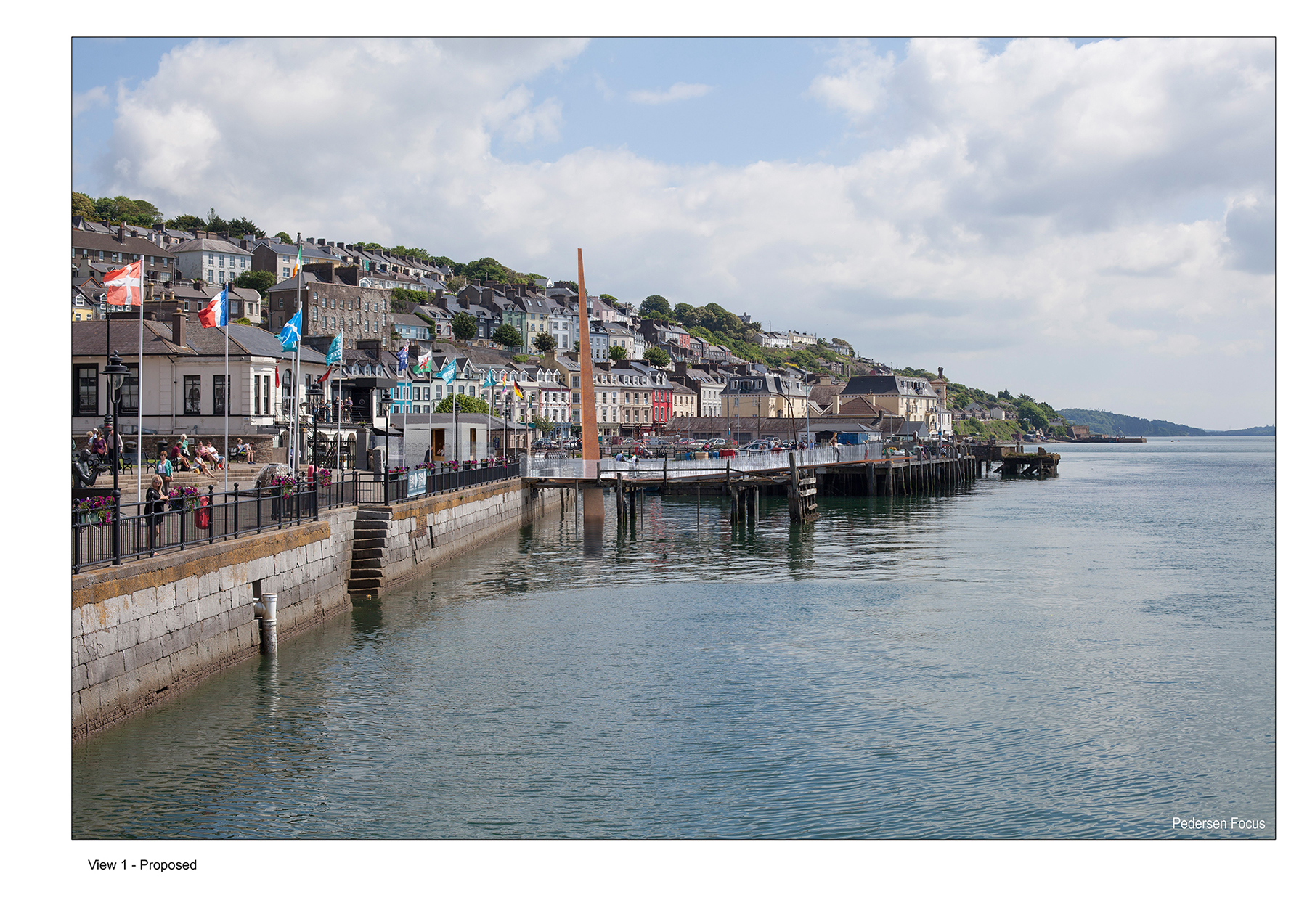 Gillen Joyce, proprietor and manager of the Titanic Experience and partner in the project along with Cork County Council and Port of Cork to save the pier have taken onboard concerns raised over the redevelopment of the ‘Titanic Pier’ in Cobh.

Plans were unveiled in January of this year for the restoration of the historic pier at which an estimated 1 million Irish emigrants left the Emerald Isle, but opposition from some locals led the restoration group to re-think its original plans and with the newly looked-at plans submitted, the group are now hopeful that that the proposed project is welcomed by the people of Cobh. 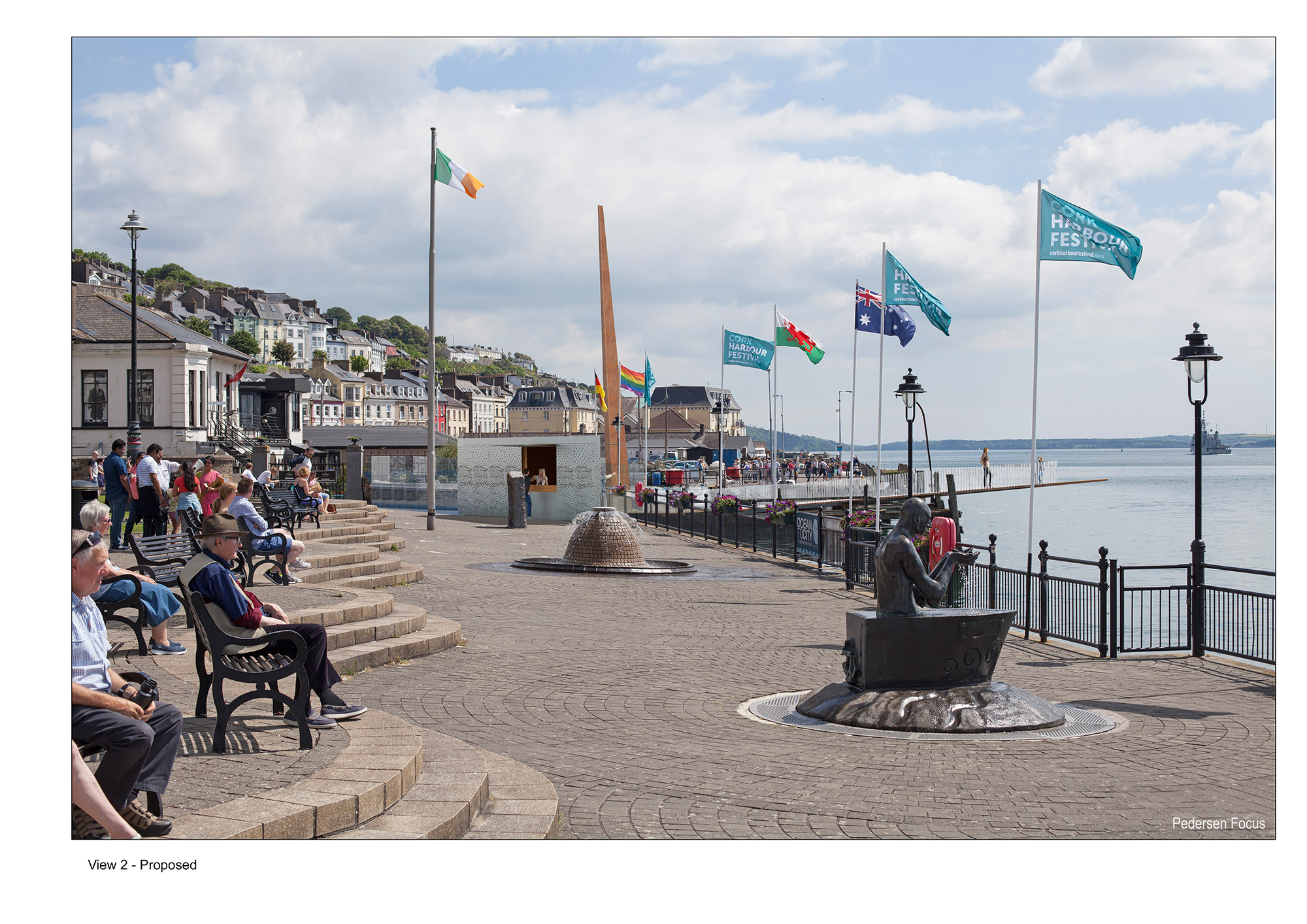 Mr Joyce told Cobh Edition that ‘We are very hopeful that this amended design addresses a large number of those concerns. It is noted that the design is to contrast with the existing pier so that there is no misunderstanding as to where the history lies. We have spent the last few years working on the existing pier to make sure that it doesn’t fall into the sea. This project will secure its future.

‘In relation to the Kiosk in the park, there are a couple of things that are addressed in the architects additional information letter that I’d like to mention here again. The first point is that we do not own the lower section of Titanic Bar & Grill and cannot access the pier through that.

‘Also, the access from the park permits visitors to go to the pier independently of Titanic Experience.

‘We are not buying or receiving the ground in the park from the local authority. In fact we are hoping to get a concession in the park similar to any other major city. For example the restaurant in Fitzgerald’s Park or even the Farmers Market traders/other traders in Cobh. We, like all the others will pay for this concession and the kiosk will be demountable and built off site. It will be placed in situ and will not require any excavations at all. We are very excited and proud by what we feel this project will bring to all in the town. We are hopeful that Cobh will support it’ 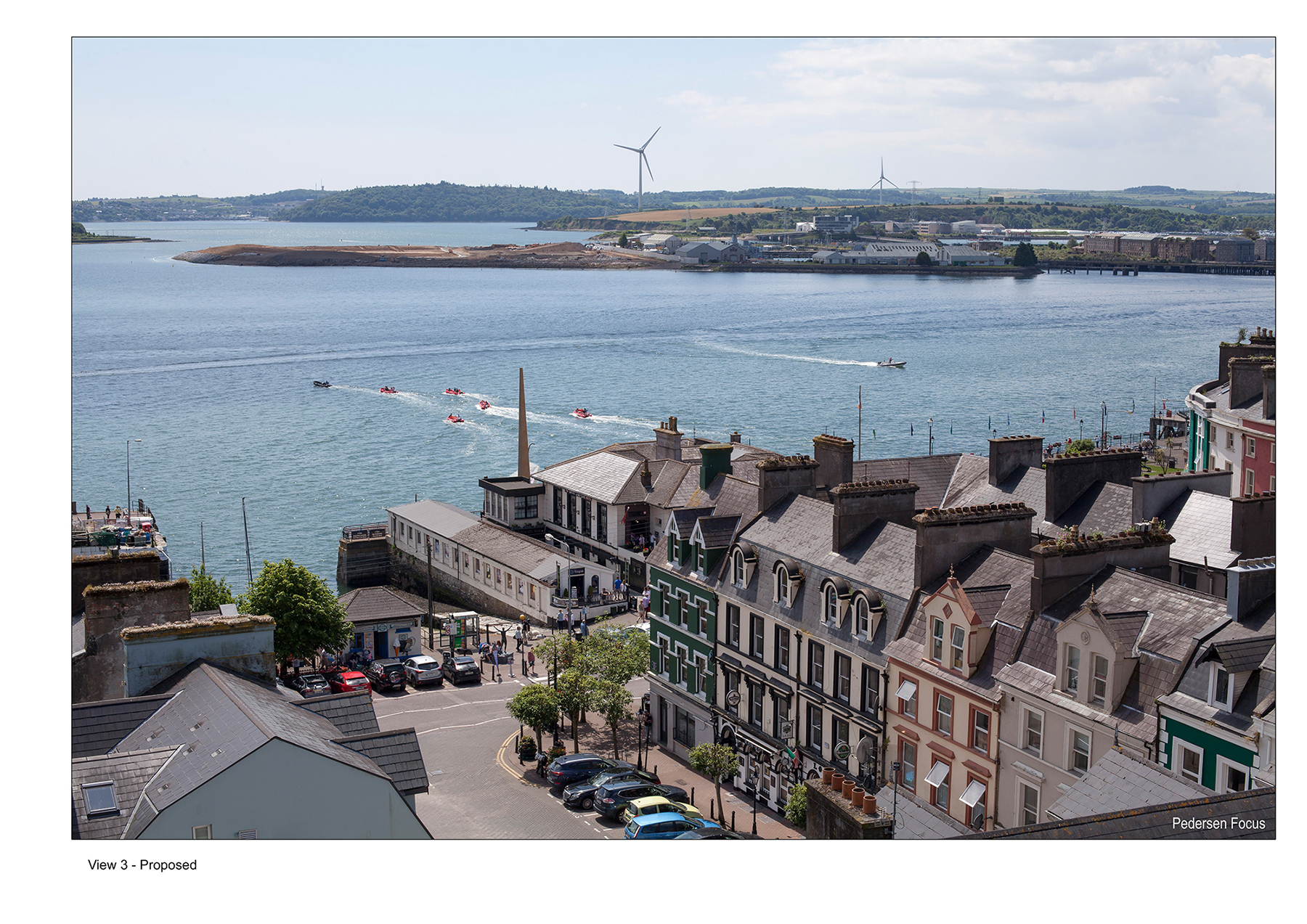 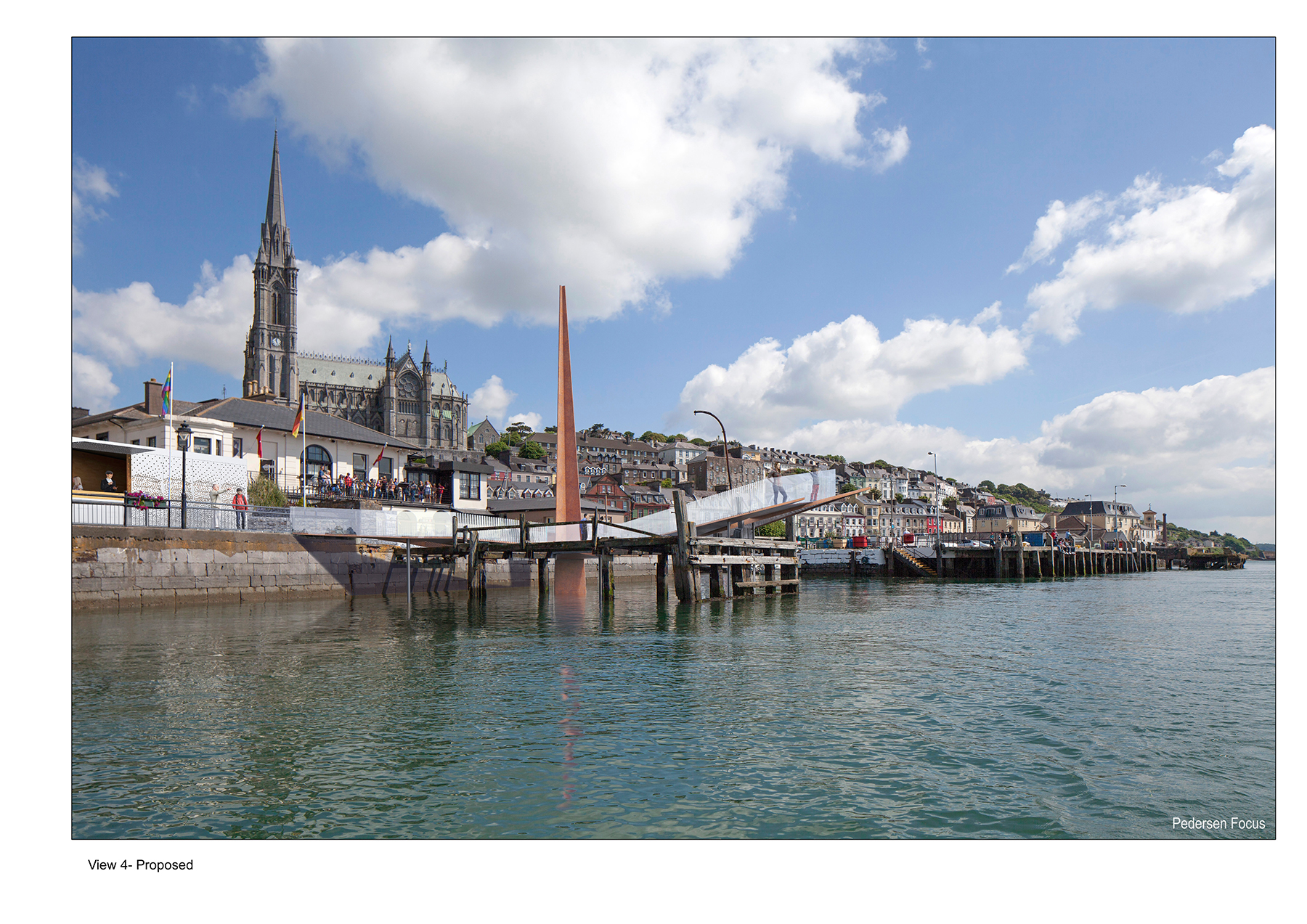 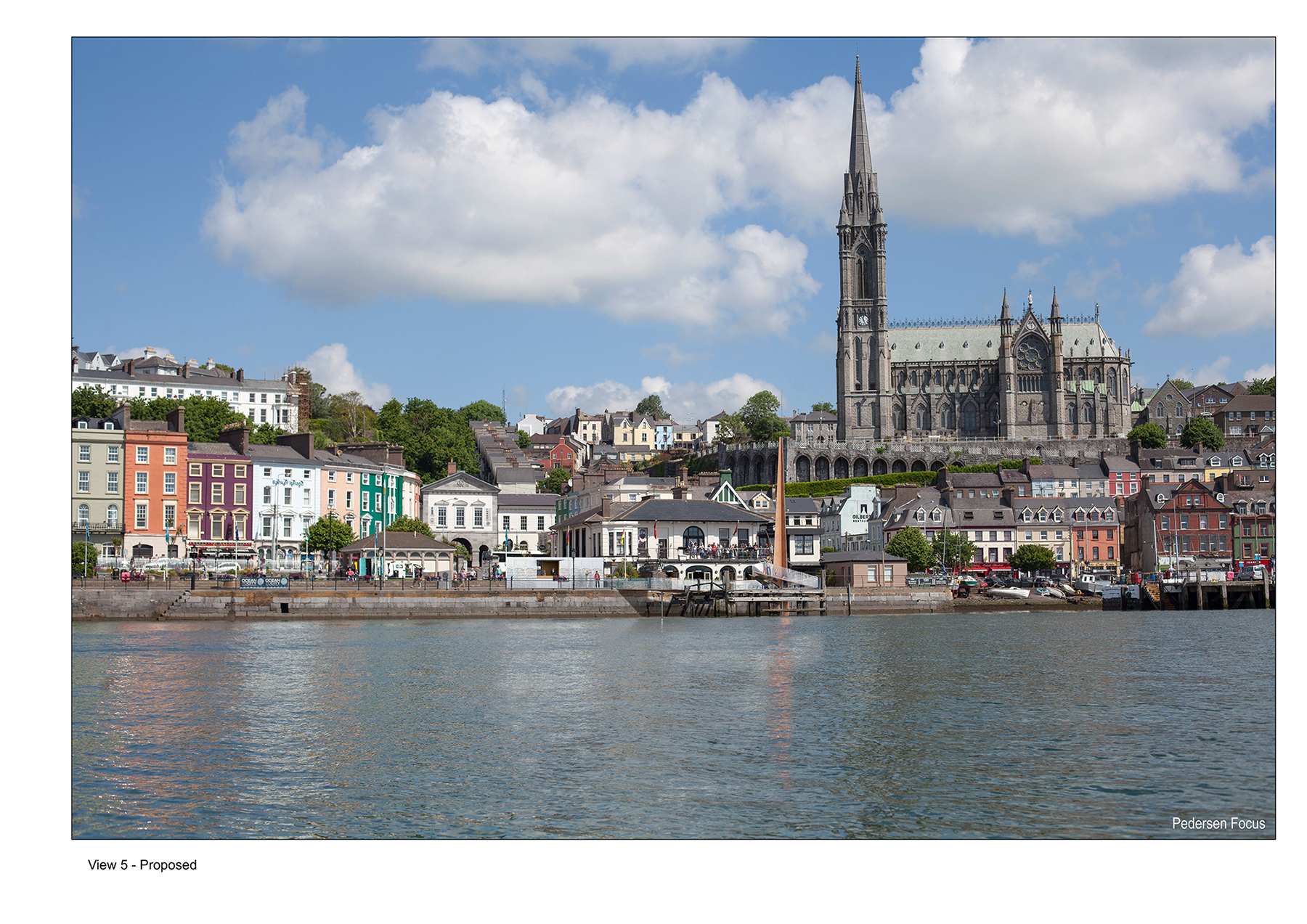 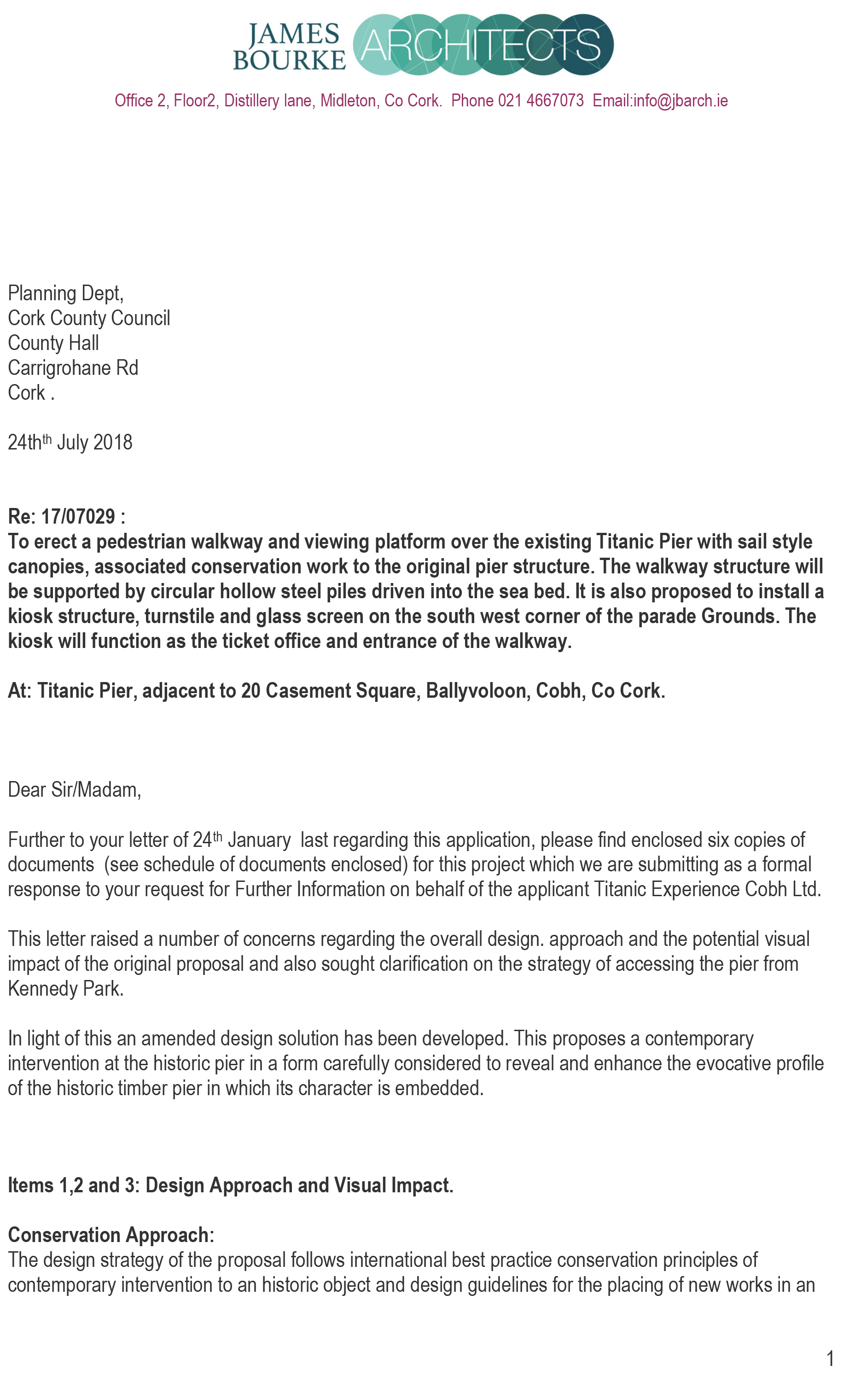 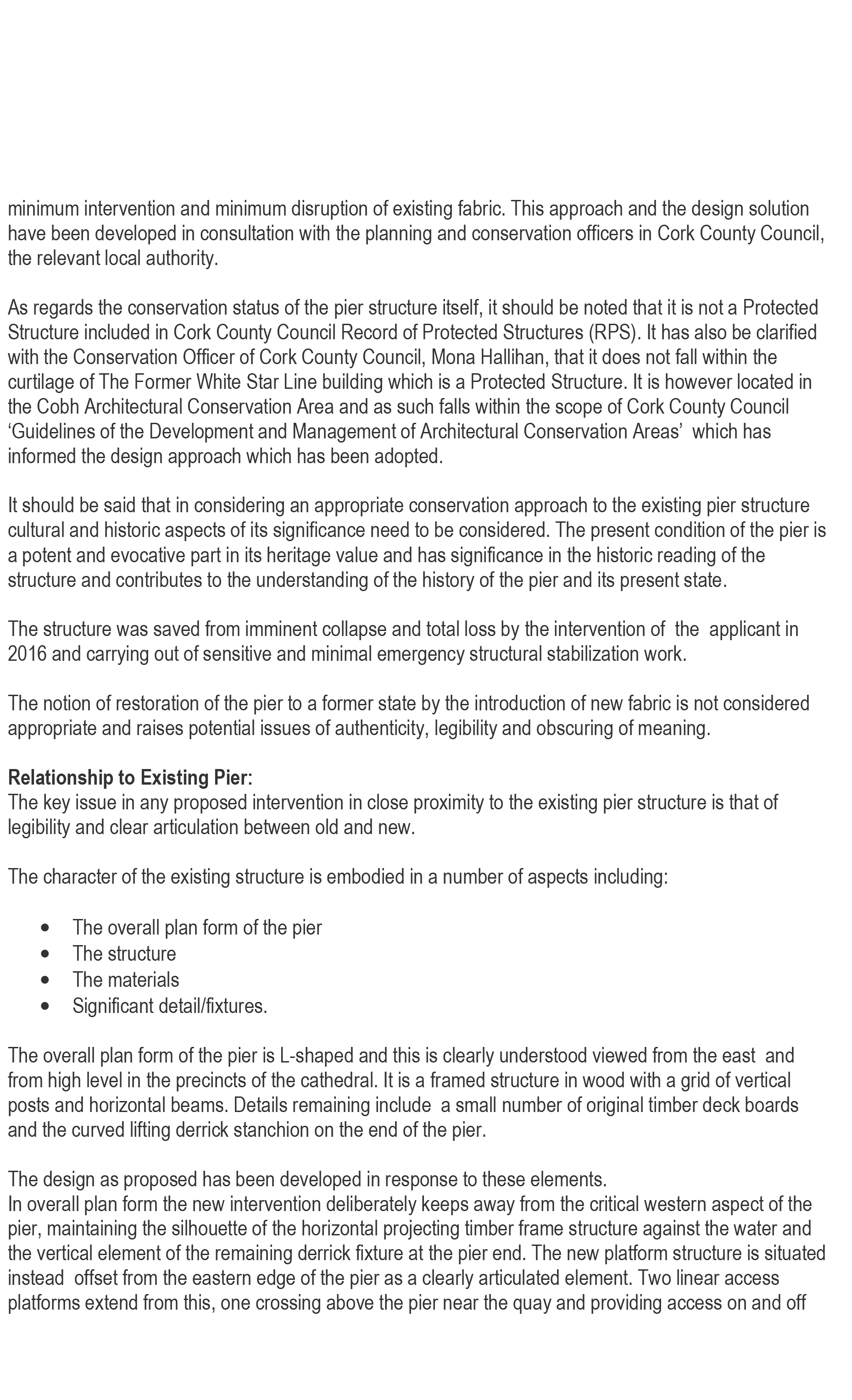 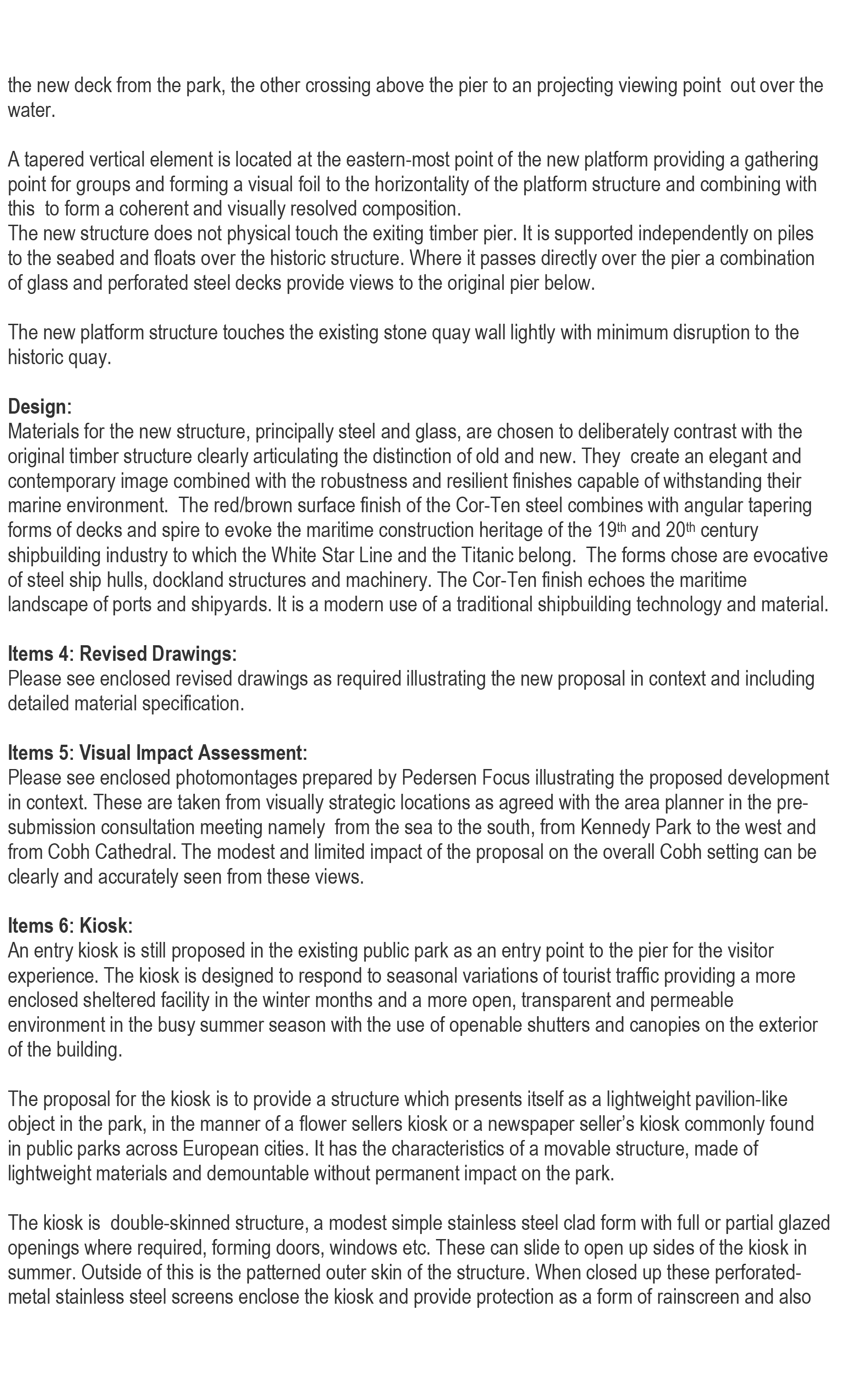 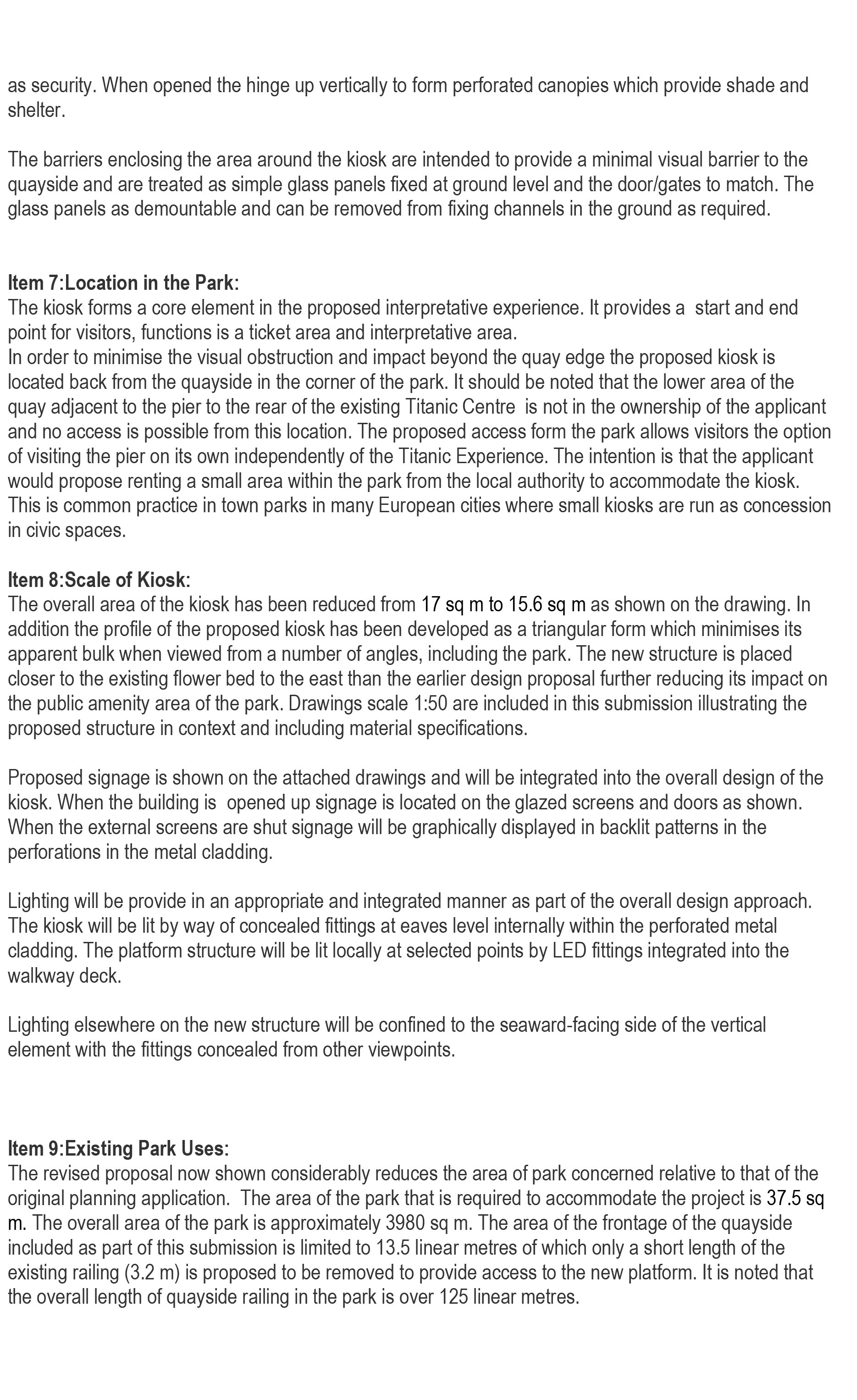 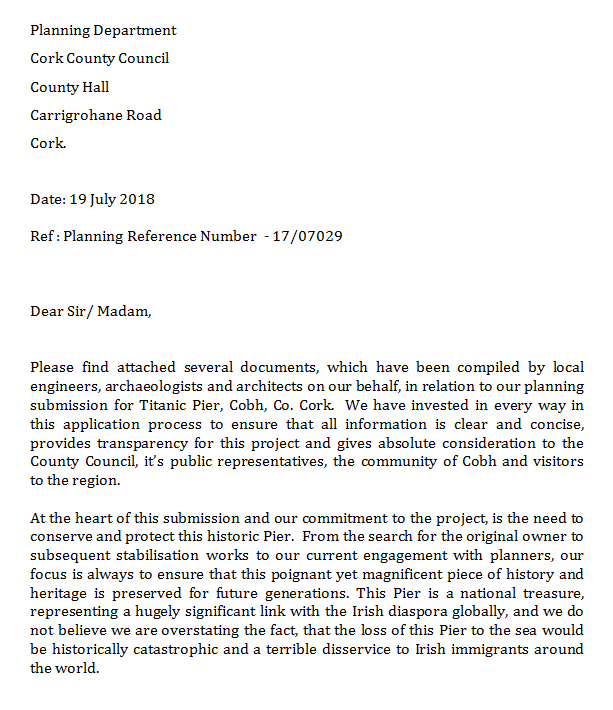 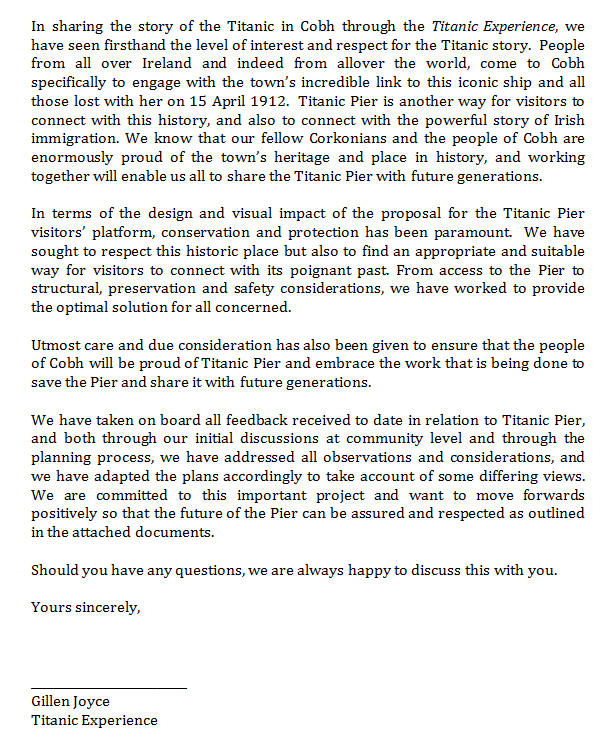