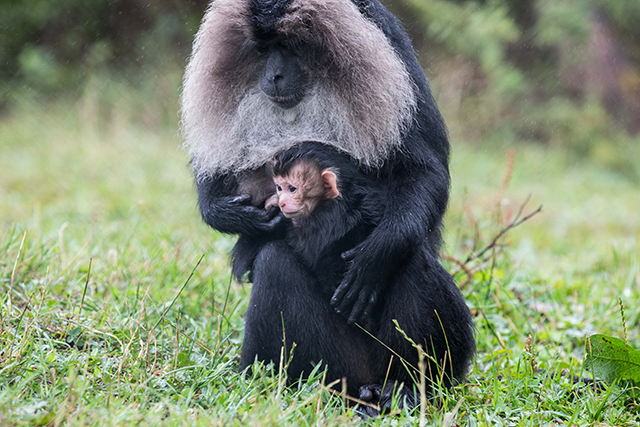 Fota Wildlife Park announces the arrival of the first Lion-tailed macaque baby in over four years -and they are asking for your help in choosing a name! Pic Darragh Kane

Fota Wildlife Park announces the arrival of the first Lion-tailed macaque baby in over four years -and they are asking for your help in choosing a name!

Fota Wildlife Park today announced the birth of a Lion-tailed macaque baby (Macaca silenus) on 23rd July to mother Tish and father Mauzer under the European Endangered Species Programme (EEP). The Lion-tailed macaque is one of the most endangered of the Asian primate species and is listed in the Red Data Book (IUCN 2003).The new mum is 11-year-old Fota-born Tish, who is one of the dominant females in the troop, and this is her second baby. First time father Mauzer aged seven, was born in Belfast Zoo in 2011 and arrived at Fota in March 2015 as the new breeding male. Fota Wildlife Park are calling on the public to help name the new baby, however the animal staff cannot tell whether it’s male or female as Tish is keeping the baby very close and the rest of the troop are also being very protective – so it’s not possible for the Rangers to get close enough to check just yet. To be in with a chance to win a yearlong Conservation Membership at Fota Wildlife Park enter your name suggestions for the new baby Lion-tailed macaque on their blog at www.fotawildlife.ie/blog. 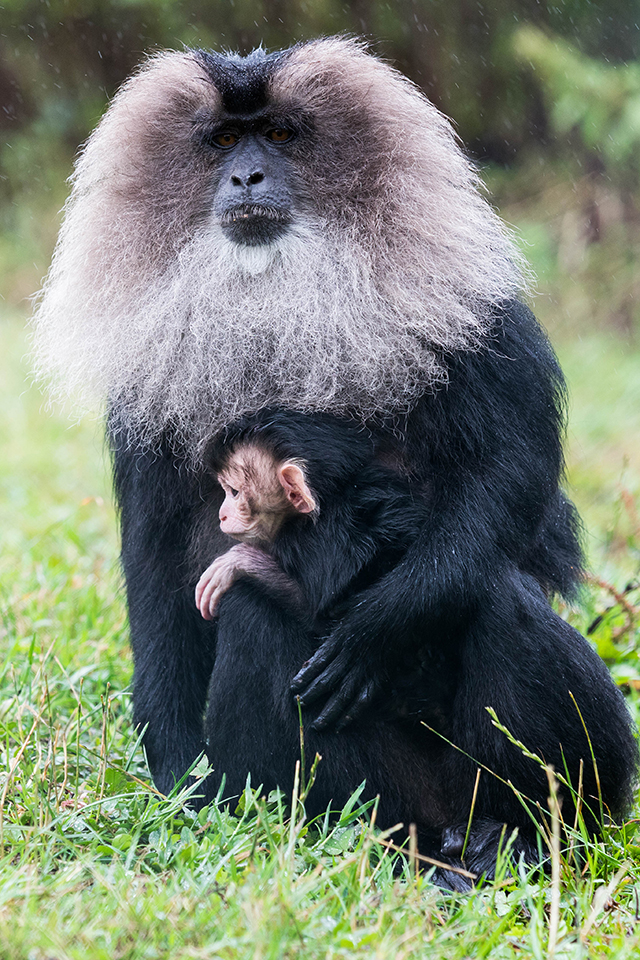 Lead Ranger Teresa Power said “It has been a while since a Lion-tailed macaque birth, so we really are thrilled at the arrival of this new baby. Fota has a long and very successful history with this endangered species, as they are known to be difficult to keep and breed. The species first arrived at Fota Wildlife Park in 1986 from Dublin Zoo and they first bred here in 1988 and since then Fota-born macaques have been sent to many zoos worldwide as part of the EEP.” She continued, “The Lion-tailed macaque breeding group at Fota is considered one of the most successful in Europe with over 40 born here so far. This troop is of critical importance to the international breeding programmes given how rare the species are becoming in the wild. We put our success down to the space and natural landscape provided in their habitat, which allows for a wide range of interactions among the individual macaques.”

Indigenous to the Western Ghats in southern India, the Lion-tailed macaque is of conservation concern due to its small numbers in the natural habitats, the small area of occupancy and fragmentation of the remaining habitats. They are hunted for meat and fur with only 1% of their original habitat remaining – because of timber harvesting and agriculture – and as their population numbers continue to decrease, the global captive population of 600 animals is equivalent to 17% of the entire wild population of 3,500 individuals in the Western Ghats region of India.

The not for profit Fota Wildlife Park cares for numerous animal species that are in danger of extinction. Through long-established breeding programmes, which are run cooperatively with other institutions around the world, the Park is helping restore populations of some species while protecting the very survival of others. Fota Wildlife Park has also been instrumental in successfully breeding and reintroducing several species that had become extinct in the wild including the Scimitar-horned oryx and European bison.