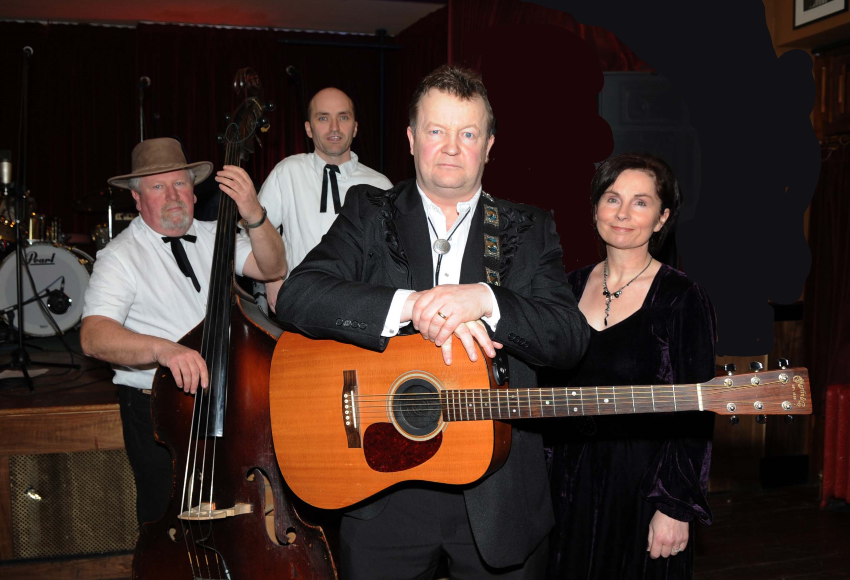 Spike Island Cork are inviting Cork’s rebels to be inmates for an evening as the island recreates the infamous ‘Folsom prison’ gig played by Johnny Cash 50 years ago this year. Johnny Cash’s prison performances became legendary in musical circles as he played to some of the most hardened criminals in America at Folsom prison. The Man in Black became forever linked to these prison gigs and this Spike Island gig will recreate his prison escapade.

Filling the shoes of the infamous performer will be ‘Strictly Cash’, who have previously recreated a prison gig in Dublin. In 2008 for the 40th anniversary of Johnny Cash’s legendary concert at California’s notorious Folsom Prison, they decided to mark the occasion in Dublin’s Mountjoy Prison.

Now, 10 years later, to commemorate the 50th anniversary of that Folsom Prison concert, STRICTLY CASH will be together again on Cork’s own Alcatraz, Fort Mitchell, Spike Island. Special guests will be country rockabilly band from Holland, the Black Suspenders.

Also playing on the night will be Dutch band the Black Suspenders, who are flying in from Holland for the gig. The four strong rockabilly band re-create the original SUN rockabilly sound and add their own flavour, playing country rockabilly in a pumpin’, steady style. Having regularly toured mainland Europe, this will be a first time visit for Black Suspenders, and supporting Strictly Cash they have put together a fitting program to remember the SUN era and the Man In Black.

Tickets are on sale by advance booking only from www.spikeislandcork.ie as Spike Island gives Cork the chance to hear all the hits including those made famous from the concerts at San Quentin and Folsom Prison.

Boats depart at 5pm and 6pm from Kennedy pier Cobh with a short tour and then the concert before returns at 9.10pm and 9.30pm.