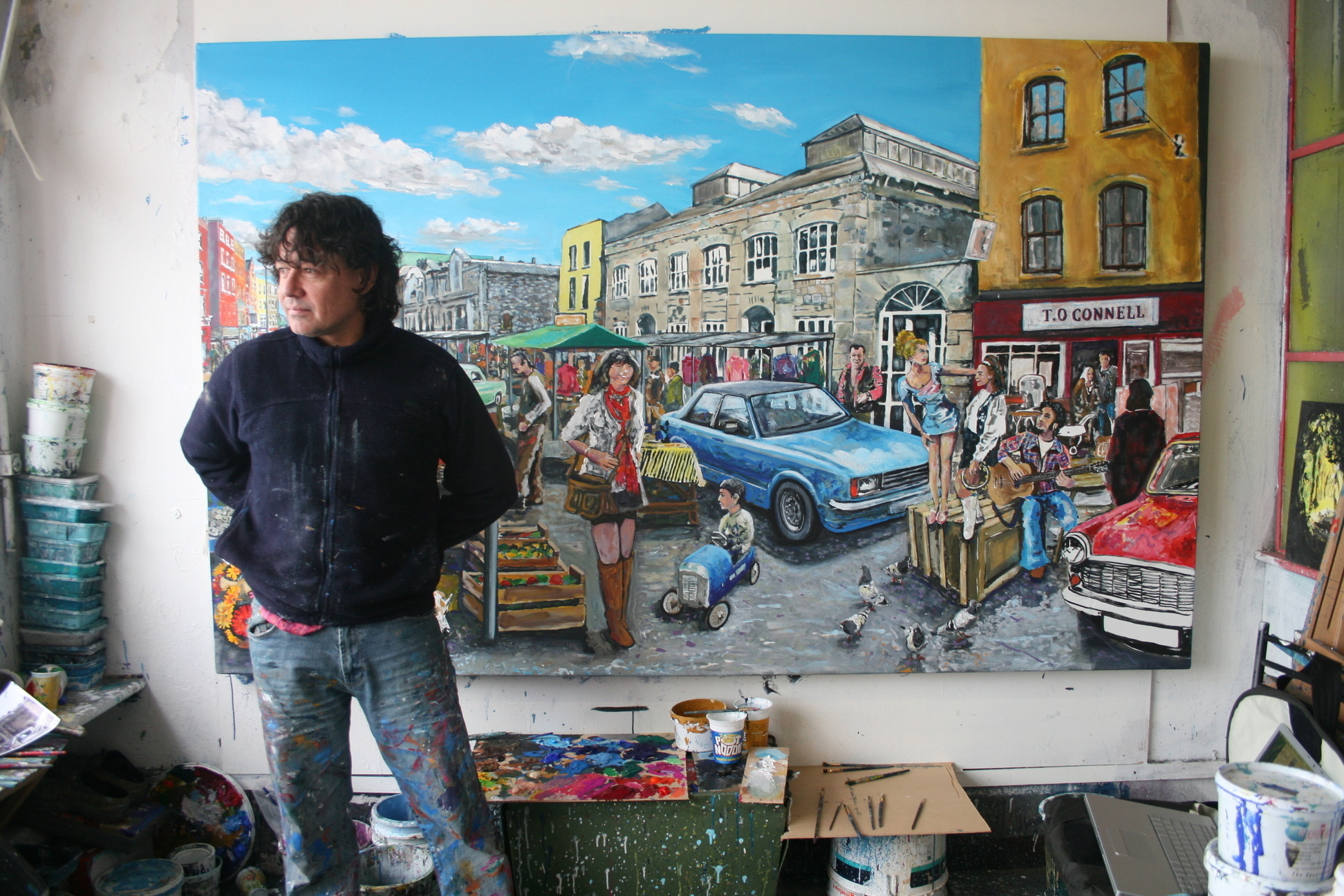 An exhibition of paintings by the artist John Adams will be on display in Ballymaloe Grainstore, on the grounds of Ballymaloe House in Shanagarry, Co. Cork, during the month of May.

The public is invited to attend the official launch on Saturday 5 May between 6 and 9pm. Adding to the celebratory atmosphere, the Cork band Crab Seal Teeth, will perform at 8pm.

The exhibition, OCEANCOLOURSCENE, reflects Adams’ quest to find an entirely new style of painting. It is an exploration of colour and ideas that breaks away from realism, freeing his imagination and subconscious mind to emerge as images and forms on the canvas. With wild brush strokes and vivid colours, there are literal explosions of almost three-dimensional colour coming out towards the viewer.

The works are freely painted, expressive and tremendously vibrant. John Adams’ truest talent lies in his vision and observation, and his gift for painting directly from the heart and soul. ‘The Artists’ Hand’ is a powerful and emotional image of a baby’s hand grasping Adams’ finger, suggesting the artist’s innermost thoughts and dreams.

Also among the more than thirty paintings on display will be a striking portrait of musician Paddy Casey who – by pure coincidence – is giving a concert in Ballymaloe Grainstore on Saturday 19 May. A rarely-seen portrait of Luke Kelly further demonstrates the artist’s profound ability to capture the human spirit with colour, vitality and passion. 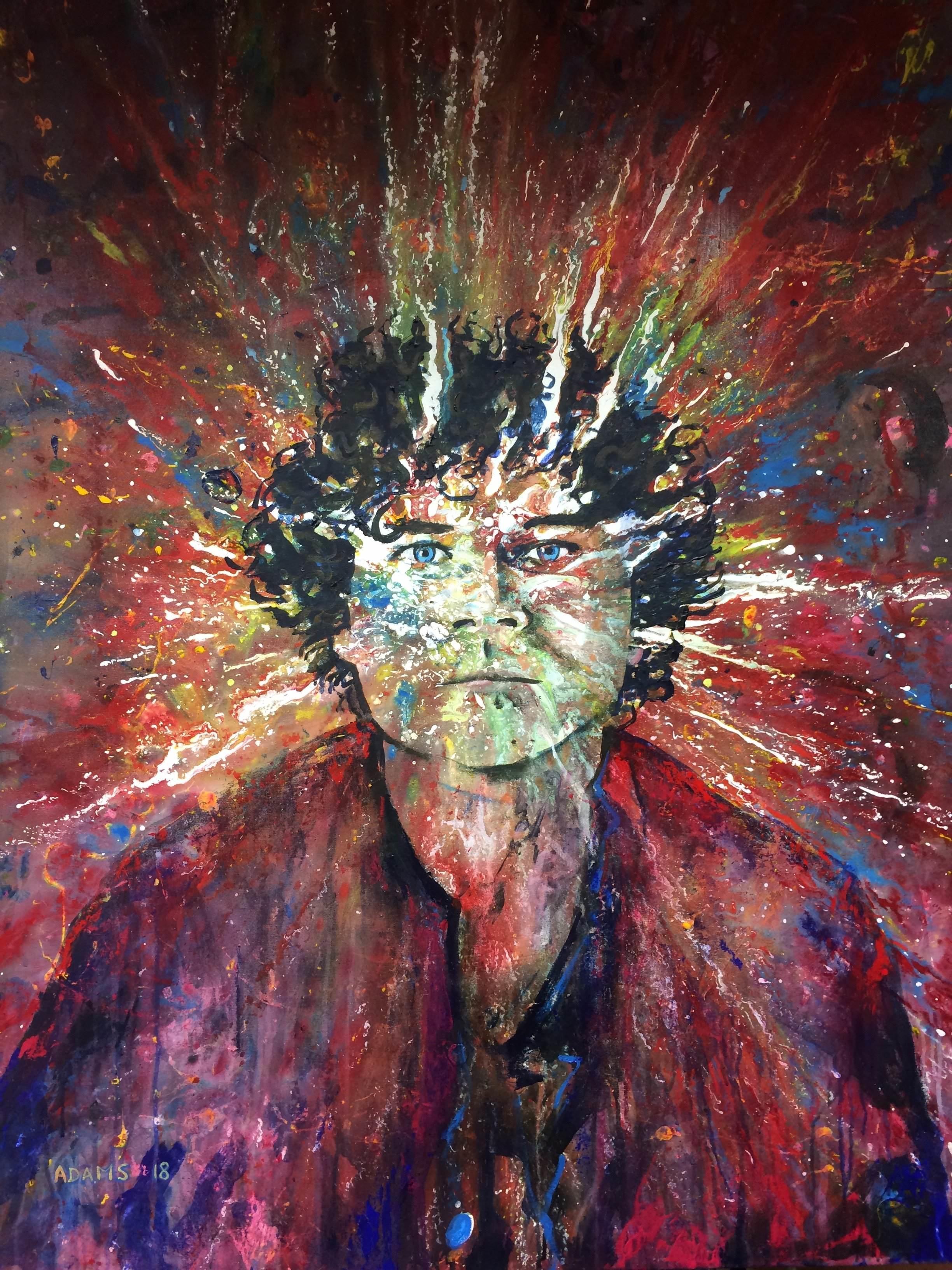 John Adams’ work has been collected widely and his paintings can be found in many private and public collections including the Crawford Art Gallery, Cork City Council, Cork Opera House, Cork City Library, and The Royal College of Surgeons. President Michael D. Higgins owns one of John’s large paintings.

He is a Dublin-born adopted son of Cork. His family had already relocated to Cork when he arrived to study in the Crawford College of Art in 1983. John is a full-time professional artist and arts event organizer. He lives and works in Coliemore – The Artists House, near the historic waterfront in Cobh, Co. Cork. He has opened his house as a community art space for exhibitions, theatre, poetry, storytelling, music and other creative projects. In 1996 he co-founded the Cork Art Trail, for which he won the Lord Mayors Award.

In his early years as an artist John’s work was heavily influenced by the Pre-Raphaelite painters and by fellow Irish-born artist Francis Bacon. In the last decade he was compelled towards realism in a quest to improve skills and to record the effects on Cork of the property boom and the destruction of so many old heritage buildings. He is well known for his paintings of Cork, the harbour, and his vivid seascapes.