The organisers of the First Cut Youth Festival 2012 are delighted to announce that the picturesque town of Cobh, Co. Cork is to hold this year’s festival on the first weekend in October.

This pop-up youth film festival will be held on the 6th, 7th of October, with a special Schools Day on the 8th. In its 4th year it sets out to encourage and nurture young people’s interest in the art of filmmaking and film on both a local and national level. This year is bigger and better than ever with many guest contributors, including bestselling author Roddy Doyle’s Fighting Words and international renowned animators Jan Caspers and Gary Rosborough.

For the first time in almost thirty years Cobh will have its own cinema. First Cut! is delighted to bring Cinemobile, Irelands 100 seater state of the art mobile cinema, to Cobh. Screenings of short films and animated works will give the audience an insight into the talent that exists in our young filmmakers. First Cut’s mission is to provide support and encouragement to young filmmakers while giving them a platform to show their work. But the Festival is for everyone and over the weekend there will be three feature length films screened in Cinemobile, a magnificent, state-of-the-art 100-seater mobile cinema. To open the Festival we have a real treat! Moonrise Kingdom, (2012), is a warm, whimsical, and poignant film, immaculately framed and beautifully acted presenting writer/director Wes Anderson at his idiosyncratic best. It stars Bruce Willis, Bill Murray and Tilda Swinton. On Saturday we have two movies. Hugo, (2011), is directed by Martin Scorsese. An astonishing adventure, it’s a family film that should enchant everyone, in 3-D a must-see for anyone who loves cinema.

Our closing film is The Eclipse, specially chosen for this year’s pop-up festival setting! This Irish film will be shown on Sunday evening; it is set in Cobh and takes place during an annual Writers Festival. This is a beautiful, heartbreaking and haunting film. The eerie, peaceful Cobh provides an excellent backdrop to this Gothic tale and Cobh looks truly fantastic on the screen. The Eclipse is a rarity – a horror movie that works beautifully as straight drama and yet occasionally scares the hell out of the audience. It is a small gem and Irish actor Ciarán Hinds won Best Actor Award for `The Eclipse’ At the Tribeca Film Festival premiere.

The festival, now in its fourth year, always seeks to innovate and this year is no exception. Earlier this year First Cut! in conjunction with Cork County Council tourism department held the first Spike Music Video Competition. The competition was open to young musicians and bands in County Cork in its inaugural year and the response was really brilliant. The prize was a dream for any young musician, to have a professional music video filmed under the watchful eye of Cormac O’Connor of The Maple Rooms Production Company. The completed videos will be screened over the course of the festival and will give friends and family an opportunity to see finished work. The standard of entrants was at a very high level and the decision process was not easy, but seven winners were chosen and each of these had the opportunity to have their music videos filmed on the iconic Spike Island, a venue rich in atmosphere and history.

Along with showcasing the extraordinary talent and quality work of our young people, the festival will also screen some gems from the world of film, documentary and animation. The festival is open to everybody and will give people the opportunity to experience cinema in a magical scenic location.

The festival will also host a series of workshops designed to foster the creative spirit of young people. On Monday, for the first time outside of Dublin, Roddy Doyle and Sean Love bring their creative workshop “Fighting Words” to Cobh. Fighting Words helps students of all ages to explore and develop their writing skills. This is golden opportunity to hear from some of our greatest storytellers about their craft.

Screenings; youth short films selected from the Open Call; feature films suitable for everyone; a whole variety of workshops, (all free!) and Q&A and more…info on www.firstcutfilmfestival.com or http://www.facebook.com/pages/First-CutYouth-Film-Project-Festival/127337763985353

CORK CELEBRATES THE VALUE OF FRENCH CULTURE IN THE CITY 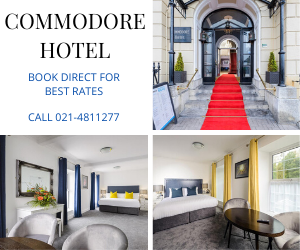